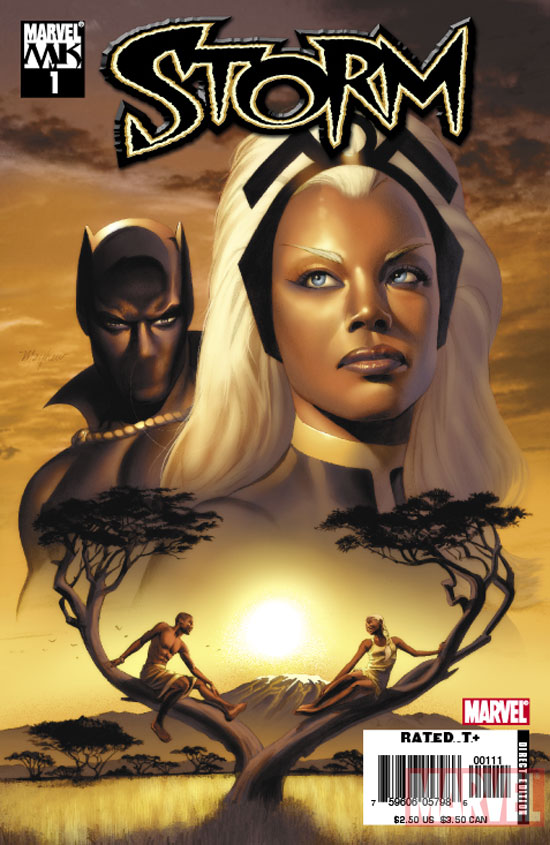 Click on the cover image to see the enlarged version. The epic, untold love story between Marvel’s two pre-eminent Black super heroes — Storm and the Black Panther — is finally told, as only New York Times best-selling author Eric Jerome Dickey can do it! An orphaned street urchin, living by her wits on the unforgiving plains of Africa as she struggles to harness her slowly-developing mutant powers…A warrior Prince, embarking on his rite of passage as he ponders the great responsibility in his future…And a crew of ruthless mercenaries who’ll stop at nothing to capture an elusive creature of legend — the fabled wind-rider. What sparks occur when their paths intersect? Don’t miss out on this story, True Believer, as it builds to a July Event that will shake the entire Marvel Universe.